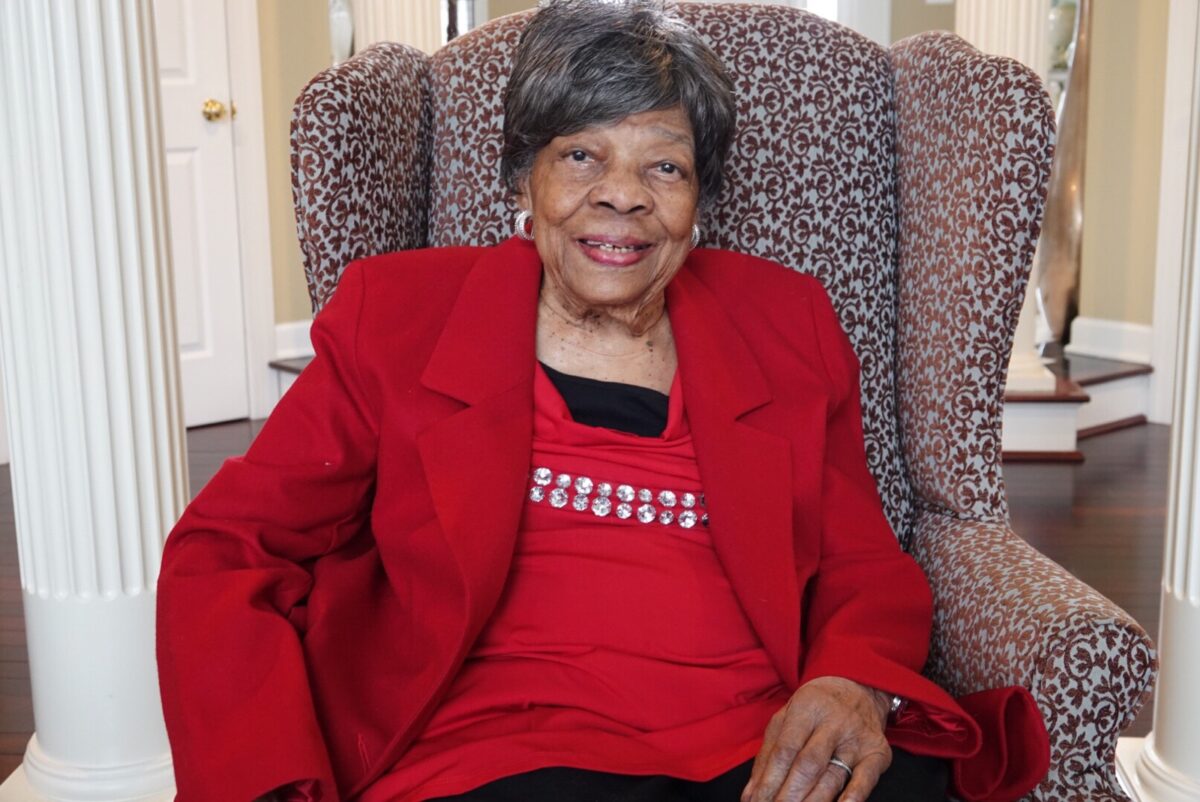 Annie T. Randall was born in the middle of the Roaring ’20s on January 22, 1925, in Greenwood, South Carolina. Born to the late Joel Turner and Sarah (Chin) Turner, Annie Mae dropped the “Mae” when she entered the workforce with the US federal government. Growing up in a segregated Washington, DC (what is now Capitol Hill), Ann met friends for life on “3rd and G Streets, Northeast.” She attended public schools and earned straight As, even skipping the eighth grade. She discovered she had a passion for math “because I could solve all the problems I was given”, she said in a recent interview.  She graduated from Dunbar High School.

Ann began her government career at the United States War Production Board during WWII. Early in her career, she also worked for the United States Navy and Air Force. Ann was one of the early “Government Girls,” a term coined during WWII when the federal government hired women to fill roles during a labor shortage. Not only was Ann a woman in the workforce during the 1940s and 50s, she was also the first professional African-American in several government agencies in which she worked. She excelled despite facing blistering discrimination and overt racism, including a supervisor ordering that his desk be turned away from Ann so he “didn’t have to look at a n—–.” Tenacious and resolute in her commitment to excellence, Ann continued to deliver outstanding results in spite of the circumstances she faced.

Like Katherine Johnson in the film “Hidden Figures,” Ann loved and excelled at math. A trailblazer in her own right, Ann was a mathematical statistician at the National Institutes of Mental Health (NIMH) in the Theoretical Statistics and Mathematics branch. She was responsible for the calculations behind the book Human Aging, published in the late 1960s and still used today for behavioral and biological studies. At NIMH, Ann used one of the first mainframe computers and the Friden Calculator (featured in “Hidden Figures”).

Ann received numerous letters of commendation from multiple sources, including the University of Pennsylvania and the National Academy of Sciences. Ann’s story is the subject of a doctoral dissertation earned by Aura Wharton-Beck (University of St. Thomas-Minnesota) in 2016.

January 2021, the American Statistical Association established the Annie T. Randall Innovator Award, created in her honor to recognize early-career statistical innovators across all job sectors and with any level of educational attainment.

Known for her sincerity, love, prayers, encouragement, and generosity, Ann is both beloved and valued. She is the true matriarch of her family. And as everyone who knows Ma can attest, family is paramount to her—especially knowing one’s roots. Her inspirational message to the next generation is to, “always do your best and help others.”