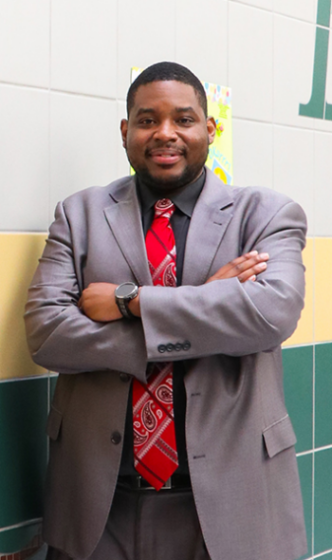 Brian Beck-Smith has been an educator for twelve years preparing students for various levels of mathematics. Starting as a math tutor from the University of Texas at Dallas, he developed a  passion of helping students be more confident and fluent in mathematics. Brian started his teaching career in August 2008 at Lincoln High School in Dallas ISD. In 2012, he transitioned to DeSoto High School in DeSoto ISD where he is now the PreAP / AP Math Team Lead. Since then, he has prepared students for advanced math courses which include precalculus, calculus, and statistics. After obtaining his Master’s degree in Curriculum and Instruction for Secondary Mathematics, he then became an adjunct professor in January 2018 at the University of North Texas at Dallas teaching math education courses for future preservice teachers. Brian is also a Lead Teacher for the Future Comets Program at the University of Texas at Dallas since August 2016 preparing middle school students for math with a prescribed curriculum that enriches their knowledge and skills to be college, career, and scholarship ready. He empowers both teachers and students alike to be confident, consistent, and caring to be life-long learners in mathematics.