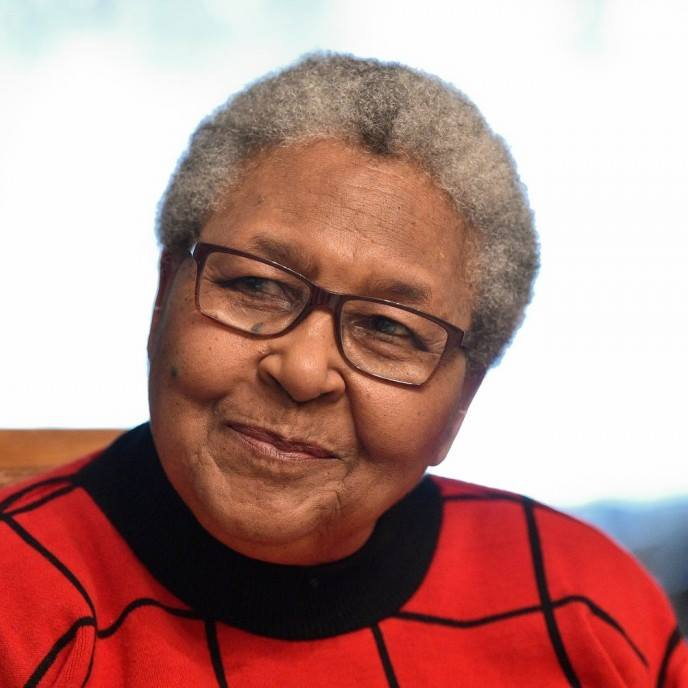 “YOU’RE GOING TO COLLEGE.” Many parents have spoken these words to their children, but when Mr. Scissum made this statement to his daughter, Jeanette, he never envisioned that one day, she would attend meetings with renowned rocket scientist Dr. Wernher Von Braun, help to shape America’s space program, and eventually land a man on the moon. Jeanette Scissum, the daughter of a sharecropper farmer, was the first African American female mathematician and scientist at the National Aeronautics and Space Administration (NASA) Marshall Space Flight Center located in Huntsville, Alabama. Like her “Hidden Figures” counterparts, Jeanette Scissum was more than a “human computer.” She was a pioneer and problem solver.

As an African American female growing up in rural Alabama during the 1940s and 50s, college was not in the mix for the typical sharecropper’s daughter. However, there was nothing typical about Scissum.  Her parents made education a top priority. Scissum attended segregated schools with very few teachers and no higher-level science or mathematics books. Additionally, African Americans were not allowed to go the public library where these resources were available, so the odds of going to college and becoming a mathematician and scientist were definitely stacked against her. Despite these obstacles, Scissum worked hard and received a partial scholarship to attend Alabama A&M University, where she earned both a bachelor’s and master’s degrees in mathematics.

After receiving her master’s in mathematics, in 1964, Scissum joined NASA’s Marshall Space Flight Center as an entry-level mathematician. By 1967, she had published a NASA report, “Survey of Solar Cycle Prediction Models,” which put forward techniques for improved forecasting of the sunspot cycle. Scissum also worked on the Apollo Moon project, co-writing a computer program to determine the landing site for the lunar module. In the mid-1970s, she worked as a space scientist in the Space Environment Branch of Marshall’s Space Sciences Laboratory and later led activities in Marshall’s Atmospheric, Magnetospheric, and Plasmas in Space project.

Although Scissum was a brilliant mathematician, she experienced many of the same discriminatory policies African Americans and women faced in the 1960s. Similar to the issues highlighted in the movie “Hidden Figures,” Scissum had to overcome the biases against African Americans and women in professional, managerial, and technical roles. “Why do you need a promotion? Your husband is a teacher,” one supervisor asked her.  It was after that when that Scissum was offered the chance to go back to school in Michigan to work toward a Ph.D. She took it.

To help level the playing field for minorities and women, Scissum volunteered and served as an Equal Opportunity officer at NASA. In 1975, Scissum wrote an article for the National Technical Association, “Equal Employment Opportunity and the Supervisor – A Counselor’s View,” which argued that many discrimination complaints could be avoided “through adequate and meaningful communication.”

Later, Scissum worked at NASA’s Goddard Space Flight Center outside Washington, D.C. and NASA Headquarters in Washington. While at NASA Headquarters, she was a computer systems analyst responsible for analyzing and directing NASA management information and technical support systems. Jeanette Scissum is a trailblazer, and we can truly say she reached for the stars and landed on the moon.