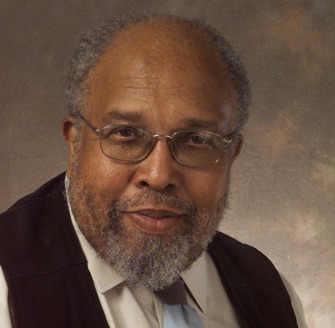 Born in NYC and raised in Baltimore, Scott Williams comes from a line of academics and political activists. His paternal grandfather supported his family of six as both the sole Black public school teacher in Harrisburg, Pennsylvania and as a bell-hop in the segregated William Penn Hotel (which refused to serve Scott and other African Americans in 1970) in the capitol of Pennsylvania. Scott’s maternal grandfather, whose own grandfather emigrated in the 1840’s to Nova Scotia Canada from the Caribbean, was a Pullman porter whose childhood friend “Billy” W.E.B. Dubois, influenced him considerably. In 1908, his maternal grandmother, an Algonquin Indian, began the Colored Women’s Literary Society, the first reading group for minorities in Bangor, Maine.

His interest in the mathematical sciences was discovered in grade school, where there were multiple grades in one room so he could learn what the higher grades learned after doing my own work. This interest was cultivated while in high school when a research mathematician was willing to work with Dr. Williams on advanced things. At the age of 12, Scott Williams’ mother took him to see the M.I.T. campus during a family trip to Boston. After her description of the Institute as a great place of mathematical learning, he said, “Mom, I will get a Ph.D. here in Mathematics.” Although he scored extremely well on what is now the SAT, he did not receive a scholarship to M.I.T. So he attended Morgan State College (now University), along with Earl Barnes and Arthur Grainger and became involved as a student in Dr. Clarence Stephen’s mathematics learning program, now known as the Morgan-Potsdam Model. By the time Scott Williams received a B.S. in Mathematics from Morgan State College (1964), he had solved 4 advanced problems in The Mathematical Monthly and had co-authored two papers on Non-Associative Algebra with his undergraduate advisor, Dr. Bohun Volodymir-Chudyniv. He went on to receive his M.S and Ph.D. in Mathematics from Lehigh University. He continues to participate in the fields of Topology and Set Theory by willingly driving two hours each way weekly in order to participate in a research seminars. After a postdoctoral position at Pennsylvania State University, Williams joined the State University of New York at Buffalo. He also spent some time as a Fulbright Professor in Charles University in The Czech Republic.

While Dr. Williams has many allocates, including creating and maintaining the website Mathematicians of the African Diaspora, his most proud accomplishments in regards to his career in the mathematical sciences include invitations to speak in foreign countries (New Zealand, China, England and Poland) about his research, winning (1982) the New York Chancellor Award for Excellence in Teaching and being named (2004) one of the fifty most important Blacks in Research Science.

His most proud accomplishments in regards to his personal life are his three wonderful daughters, each of whom have given him wonderful grandsons; and, meeting two women, his first and second wives, that did not crush his interests with demands.

If Dr. Williams can share any words of wisdom, they would be: