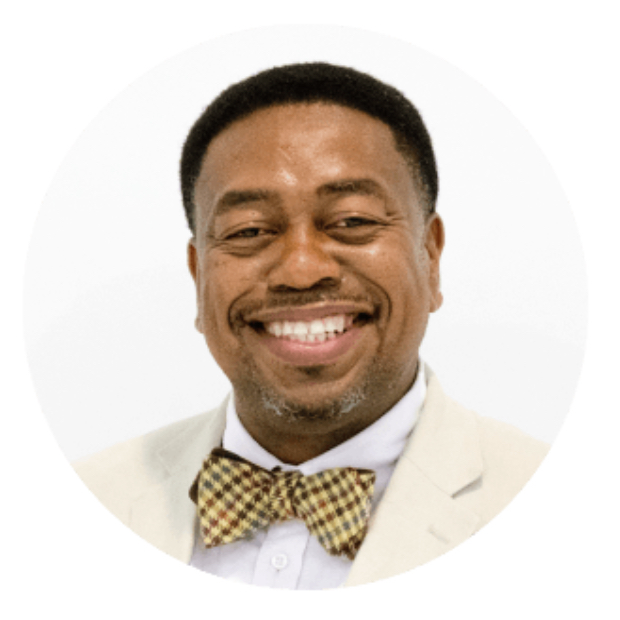 I am old boy of the famed Guyanese high school, Queens College (QC). We were, at QC, very early in our career, grouped by our ability to do mathematics. I wanted to be a writer as a child and I did not do well in mathematics in my first year in high school and as such I was assigned to one of the lower math groups. My mother, Joan Blackman, hired a math tutor, her university colleague, Walterine Matthews, to work privately with me. I would go to her house every Sunday, the traditional religious day for my family, for almost two years. This was my first real encounter with mathematics and in a sense mathematics became my religion. Walterine Matthews made me realize that mathematics is a language. It possesses it’s own syntax, and context, its own grammar, semantics, and pragmatics and that these components work together to create meaningful communication of beautiful abstract ideas among individuals. I understood then that one can tell stories with mathematics and having read that book, I have since felt compelled to share these stories with everyone I meet. My second substantive mathematical awakening was an undergraduate in a course in Dynamical Systems at Brooklyn College taught Lisa Goldberg. The text, “An introduction to chaotic dynamical systems”, by Robert L. Devaney was the first text that I read as an undergraduate that contained new mathematics! Today, I understand that much of modern mathematics requires sufficient background preparation that it is simply not accessible to a typical undergraduate. Devaney’s book and Goldberg’s guidance was for me a critical bridge from the undergraduate idea of mathematics to the world of professional mathematics. The main subject of Devaney’s book, iteration of functions in one real and complex dimension, was for me, an object of considerable mathematical beauty and complexity. And yet, the basic phenomena of the theory could be explained and understood with very little background beyond calculus, linear algebra, and basic complex analysis. It was my first taste of real math and I liked it. In addition, the subject was one that was easy to see, and it provided a wonderful opportunities for exploration with a computer. I thrived, mathematically, in that class, it was there, perhaps for the first time, that I imagined myself a mathematician. Finally, a transformative experience occurred for me shortly after I completed my undergraduate degree. I was asked to prepare a group of single parents on public assistance in the Family College at the Kingsborough Community College, a program that gives parents on public assistance the chance to earn a college degree while their young-aged children attend a satellite public school on campus, to take the CUNY Math Placement Exam. This exam, then a key component of the CUNY college admission and placement process, consisted of twenty questions on arithmetic and twenty questions on basic algebra. After a month of intense study one student in the group was unable to pass the exam. In our subsequent consultation she tearfully lamented, Why do I need mathematics now? Can I really do this? How do I do this?”. This image of a mother, tearful, bitterly frustrated and disappointed over the lack of success on what was essentially an eighth grade mathematics exam made evident for me that my future lay not only in solving interesting problems in mathematics but also in addressing questions of “mathematics and the community”, i.e., questions related to the place and the role of mathematics in the cultures of the communities from which students come. It was as a result of this experience that I enrolled in the graduate program in mathematics.

There are two accomplishments in regards to my career of which I am very proud. The first, serving as a Martin Luther King, Jr. Visiting Professor in the Mathematics Department at MIT in 2012-2013. In my time at MIT, my research efforts intensified and my thesis advisor Stefan Lemurell and I was able to complete some work on Maass Waveforms, which garnered international recognition. As a consequence of this work, in January 2015, I was a part of a group of mathematicians from around the world who were invited to present their work at the African Institute of Mathematical Sciences (AIMS) in Muizenberg in Cape Town South Africa. The goal of the conference was to give a broad perspective of areas of modern number theory and to highlight some recent advances. A number of important world-renowned mathematicians attended this conference. Among them were: Professor Enrico Bombieri, a Fields Medalist for his work on the large sieve and its application to the distribution of prime numbers, one of the world’s leading authorities on number theory and analysis; Professor Nick Katz an American mathematician, working in the fields of algebraic geometry, particularly on p-adic methods, monodromy and moduli problems, and number theory. Currently, a professor in the Mathematics Department at Princeton University in Princeton, New Jersey, Professor Katz played a key role in the proof of Fermat’s Last Theorem; and Professor Peter Sarnak, South African-born, American mathematician, Eugene Higgins Professor of Mathematics at Princeton University. Professor Sarnak is also on the permanent faculty at the School of Mathematics of the Institute for Advanced Study and he is the recipient of the 2014 Wolf Prize in Mathematics. Sarnak, Katz, and Bombieri sat in the front row during my talk. Needless to say, I was extremely nervous as I made my presentation to this esteemed audience. At the end of the day, Bombieri approached me and said quietly, “that was good, very good, it was an excellent presentation”. This is a moment in my professional career that I cherish.

I have two children, Madiba, my son, a recent graduate of Howard University, and Zuri Alexandra, my daughter, a fifth-grade flautist. Being the parent of these two wonderful young people is the proudest achievement of my personal life.

One of my thesis advisors, John Velling, would often remark: “understanding abstract structure is not dependent upon one’s skin color”, to this I would add, simply: keep going.