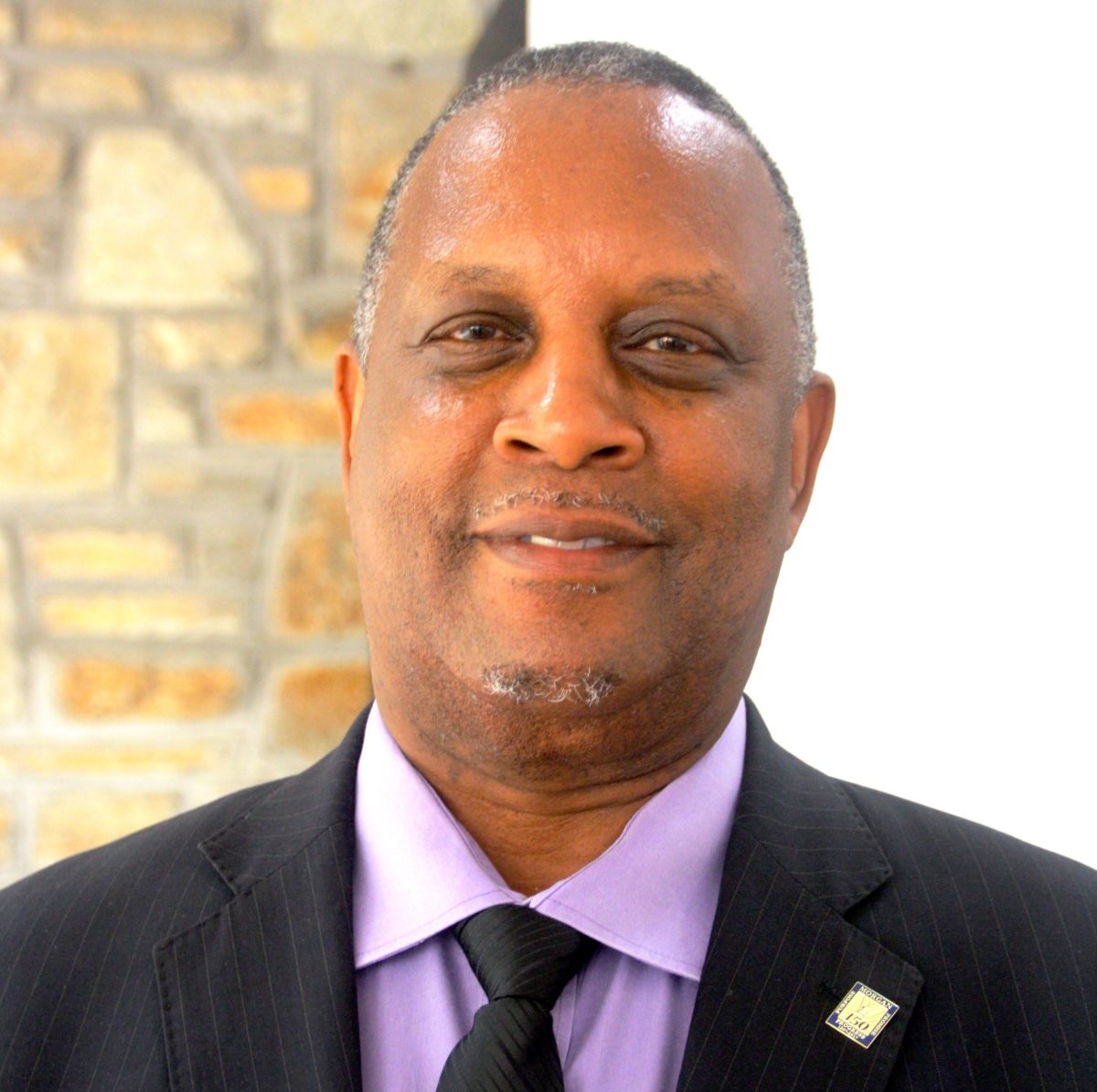 Chair and Professor of Mathematics

Hello. I am Dr. Asamoah Nkwanta. I changed my name from Jeffery (Jeff) Keith Kinlaw in 1987 for cultural reasons. I was born in Miami Beach, Florida to Primus and Kathleen Kinlaw of Jacksonville, North Carolina. My father enlisted into the United States Marine Corp in 1943 making him a Montford Point Marine of Camp Lejeune, North Carolina. He was among the first African-Americans to enlist into the Marine Corp. My mother, a proud military spouse, and my father raised seven children in the Jacksonville-Camp Lejeune area.

When we moved from Camp Lejeune to Jacksonville after my father’s military career, it was here that my seventh and eighth grade teachers, Mrs. Conley and Mrs. Brown respectively, told me that I was good at math. These African-American teachers taught me middle school mathematics and the spark was lit. In 1973, I graduated from Jacksonville Sr. High School. Tyrone Willingham, the first African American head football coach of Notre Dame University, graduated one year ahead of me. I was very proud of Ty (as we called him) and his brother, Jerome. The latter and I graduated the same year, and he was the first person with whom I had a serious discussion about attending college. Jerome went on to become a lawyer. These friends from my hometown continue to serve as examples of hope and inspiration.

Like my father, I am a veteran. After graduating from high school, I served in the United States Army (1974-76). My unit was Headquarters and Headquarters Company 2nd Brigade of the 25th Infantry Division at Schofield Barracks, Hawaii. I was a radio-teletype operator and in the same unit as Lieutenant Colonel Hugh Shelton who later became General Shelton, Chairman of the Joint Chiefs of Staff (appointed by former President Bill Clinton). With all of this history surrounding me, I still keep life simple but interesting, as I am proud to say that during Advanced Individual Training the Army taught me how to type in one week. I, of course, continue to use this tool today as a working mathematician and administrator, even if it is on a desktop or laptop computer rather than a 1970’s typewriter.

Prior to leaving the Army, I started taking college prep courses at Chaminade College of Honolulu, Hawaii. Then after being honorably discharged at the rank of Sergeant from the Army, I enrolled in courses at Coastal Carolina Community College, again in Jacksonville, North Carolina, and later at Durham Technical Institute in Durham, North Carolina. I am honored to say that community colleges were the start of my mathematical career. All of my college degrees are in mathematics. I received my Ph.D. degree in 1997 from Howard University, Washington, D.C.; my M.S. degree in 1984 from the University of Wisconsin, Milwaukee (UWM), WI; and my B.S. degree in 1981 from North Carolina Central University (NCCU), Durham, N.C. While at NCCU, I met the Boston Celtic’s Basketball Hall of Famer, Sam Jones. He is an NCCU alum and was the head basketball coach at that time. I tried out for the varsity team as a walk-on. After eliminating all walk-ons except for me and one other player, Coach Jones assigned me to the junior varsity team. However, since at a higher level I had already been an all Army basketball player, I felt going backwards was not for me. I moved forward; it was time for academic endeavors. So this was the time and impetus that I decided to seriously focus on majoring in mathematics.

My wife is from Durham, N.C. and is also an NCCU, UWM, and Morgan State alum. I am married to Dr. Janet Barber, an educator, researcher, writer, and social scientist. Dr. Barber is the author of the book: The Six Black Presidents: Black Blood, White Masks (written under her pen name). We have been married for forty years and have one wonderful adult son. My wife and I have co- authored several academic papers on humanistic and historical issues of mathematics. My favorite paper with my wife is “Benjamin Banneker’s Original Handwritten Document: Observations and Study of the Cicada,” https://scholarship.claremont.edu/jhm/vol4/iss1/7/ published in the Journal of Humanistic Mathematics. Our son rendered the cicada drawing for the Banneker paper.

My mother has always loved mathematics and is proud that I am chair and professor of mathematics at Morgan State University in Baltimore, Maryland. My academic research interests are algebraic and enumerative combinatorics, and discrete mathematical biology. My most gratifying academic accomplishments are 1) my discovery of two infinite lower-triangular matrices where the leftmost column entries are numbers that count all possible ribonucleic acid (RNA) secondary structure configurations, 2) becoming a full professor and chairperson, and 3) producing the first Industrial and Computational Mathematics PhD student of the Department of Mathematics at Morgan State University.

In addition to my academic experience, I have over ten years of industry experience. I received my industry experience in the 1980’s and 90’s while working as a member of the technical staff at Logicon, Inc. in Los Angeles, CA and the Jet Propulsion Laboratory (JPL) in Pasadena, CA. While at JPL, I taught a college algebra course part-time on Saturdays at Compton College. One of my most fulfilling teaching moments was imparting knowledge of the derivation of the quadratic formula. It took three Saturdays to cover the material that included using the technique of completing the square. To my happiness and surprise, every student in the class correctly derived (i.e., proved) the formula on a class exam. It was at Compton College where I realized my joy and calling for teaching mathematics.

During these exciting work and career years, I also met Lonnie Johnson at JPL, the inventor and engineer of the Super Soaker water gun. I recall the days when I would accompany him to his children’s elementary school where we would conduct rocket launches at the school. The whole student body would assemble on a large schoolyard field and follow the rockets as they ascended high up into the sky. The students showed great enjoyment and excitement as they followed the path of the rockets, and then they would compute the angles of the trajectory of the descending rockets. It was an amazing moment to see all of the children so excited about math and science.

I have met many amazing people throughout my academic and industry careers. My message to young people, students, and up-and-coming professionals is to preserve. Visualize what you want to accomplish and become. You have to see it to be it. And, you have to stick with it to get it.