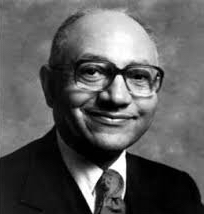 Professor and Chair of Mathematics (retired)

The State University of New York at Potsdam

Dr. Stephens is most widely recognized for being the architect of what is known as the “Morgan-Potsdam Miracle.” His method of teaching is recognized as one of the most profound in producing mathematics majors.  The Potsdam Model is “based on the premise that the study of pure mathematics can be under taken successfully by a large number of students if they are provided with a supportive environment including: careful and considerate teaching by a well-trained and dedicated faculty, continual encouragement, successful (student) role models, enough success to develop self-esteem, enough time to develop intellectually, recognition of their achievement, and the belief that the study is a worthwhile endeavor.”

In 1947, Dr. Stephens accepted an invitation to join Morgan State University as a professor of Mathematics. Prior to Dr. Stephens’ arrival at Morgan State, no student from that institution had gone on to earn a masters degree in the Mathematical Sciences. Between 1947 and 1962, he discovered and developed the keys to his teaching method. His first student to earn a Ph.D. in Mathematics was Earl Embree (University of Michigan 1963). Four of his students, from the 1964 class (of 10 Math Majors) went on to earn Ph.D’s. in Mathematics.

In 1969, Stephens joined the mathematics faculty at the State University of New York at Potsdam. There he served as chairman of the Mathematics Department from 1969 until his retirement in 1987. At SUNY-Potsdam, Dr. Stephens refined his methods of instruction, now known as the Potsdam model. Though SUNY Potsdam is a relatively small regional state college with a total enrollment of just over 4,000 students during Stephens’ time there, in 1985 the college graduated 184 mathematics majors, the third largest number of any institution in the U.S. that year (exceeded only by two University of California campuses). This represented about a quarter of the degrees given by SUNY Potsdam that year, and over 40% of the institution’s honor students were mathematics majors.

Dr. Stephens truly revolutionized how we think about teaching mathematics. In his own words: “More than fifty years ago I came to the conclusion that every college student who desired to learn mathematics could do so. I spent my entire professional life believing that this was the case.”