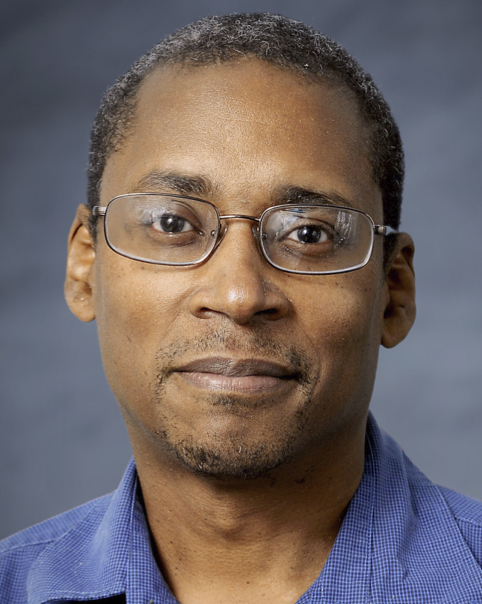 I was born and raised in Baltimore, Maryland.  I attended the University of Maryland, College Park both as an undergraduate (B.S. in Mathematics) and as a graduate student (M.A. and Ph.D. in Mathematical Statistics).  I worked as a mathematical statistician at the Department of Energy from 1990 to 1994.  From 1994 to 2007 I was part of the faculty of the Mathematics Department of Howard University in the nation’s capital and moved to North Carolina in 2007, when I began my tenure in the Department of Statistics of North Carolina State University.

Math was always my favorite subject in school.  During the early elementary school years, my father taught me math that I didn’t see in school until a few years later.  In high school, the head of the Math Department told me that I wouldn’t be able to make it in college without taking classes like trigonometry and physics in the 12th grade.  Nonetheless, I finished high school after the 11th grade and headed to college.  Being told that I wouldn’t be successful made me more determined to do so.  Admittedly, I was behind when beginning college, but survived.  I desired to be a statistician, believing that it must be similar to keeping statistics for the Baltimore Orioles.   Boy was I wrong!

I am especially grateful to Professor Benjamin Kedem (my dissertation advisor).  Early in the graduate school years, he advised me to quit my full-time job in the Accounts Payable Department on campus so that I could be his research assistant.  This allowed me to devote more time to my studies.  He has been my mentor and friend ever since.  Professor Eric Slud, who taught at least five of my undergraduate and graduate classes, was also a special mentor for me.  He has always been in my corner.  Professor Raymond Johnson also gave me encouragement that I really appreciated.  He was on my Ph.D. committee, and left “no stone unturned” in assisting my future wife Antoinette to get her Master’s degree in Applied Mathematics.

I was one of four African Americans in the U.S. to receive a Ph.D. in Mathematics in 1990.  I have received three National Science Foundation research grants.  A major focus of my research is the computation of distributions of patterns in Markovian sequences through an auxiliary Markov chain (AMC).    For complicated patterns, the number of states can be extremely large.  What I consider to be my main contribution to computational statistics is an algorithm that allows setting up an AMC with a minimal state space through rules to determine equivalent states during the process of its set up, so that no extraneous states are entered into the state space at any point.  The algorithm helps to facilitate the application of AMC based methods to complicated patterns.  I received the NC State College of Sciences Faculty Diversity Professional Development Award in 2018, and a Thank-a-Teacher award every semester that I have taught over the last several years.

I am a servant of Jesus Christ.  It’s all about Him.

1. Always be kind to people.

2. Do work that you love. Life is too short to spend eight hours a day trying to pass time.

3. Perseverance is important. It’s not that I’m so smart, it’s just that I stay with problems longer. – Albert Einstein

4. Prioritize. Major in the major things, minor in the minor.