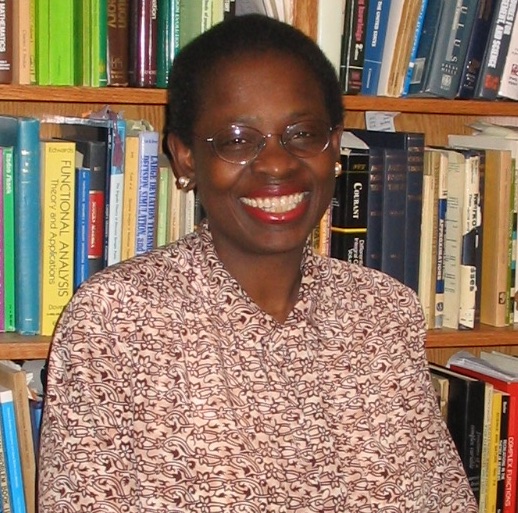 I was born in New York City to Thomas and Daphne Hunt and attended public schools there until I graduated from Bronx High School of Science. My initial intellectual interest was not in mathematics but in science. My mother (for some reason) decided to give me a Gilbert chemistry set for Christmas when I was 9. Fired up, I began performing chemistry experiments and learning about the science behind them. In middle school, I met Charles Wilson, the advisor of the school science club, and my science teacher for the 8th and 9th grade. A chemist himself with a master’s degree from Columbia University, Wilson, as an African-American was a principal role model for me even as my interests shifted to mathematics. My interest in mathematics was sparked and sustained in high school not by courses per se but by a number of well written, engaging books aimed at readers with a high school mathematics background. Examples that come to mind are “A Concrete Introduction to Abstract Algebra” by W.W. Sawyer, “Continued Fractions” by C.D. Olds and “Numbers, Rational and Irrational” by I. Nivens. After high school, I attended Bryn Mawr College where I majored in mathematics and went on to graduate school at Courant Institute at New York University where I earned a PhD degree in 1978.

I suppose many would say I should be proud of these educational attainments and indeed I take a lot of satisfaction in them as I come from a very modest social background—my parents had steady jobs, thank goodness but we lived in a housing project until I was 16. After Mr. Wilson, I did not meet another African American scientist let alone a mathematician until I was nearly done with graduate school. But whatever success I had or will have is bound up in the swirl of social and political forces that pushed mid-century America forward and these were largely beyond my control. I was born when the momentum of the New Deal, World War II and then Sputnik created sustained support for fostering STEM excellence in education. Although I was never in the American South and was a little too young to participate in civil rights demonstrations very much, I benefited quite directly from the Birmingham children’s march. The appalling assassination of Martin Luther King also had a profound impact on me. The shock wave of this movement percolated to the smallest scales of society so that it affected even the person to person interactions in mathematical culture that are so critical to career success or failure. I have also benefited from the support and friendship of the many African-American women mathematicians who preceded me and who have come onto the scene since. Collectively, our actions make it easier for all of us.

My research has largely been in the application of ideas from Monte Carlo simulation and the dynamics of finite Markov chains. Some surprises along the way? Early in my career I worked on models in population genetics. After reading a theory about population cyles in voles due to changes in their genotype (not predator-prey interaction), I wrote up a model and published a paper showing how this could occur. To this day, I have never seen a vole a small rodent, although, I’ve tried to. Some years later, I arrived at NIST and attended a technical talk on (of all things) paint given by a non-mathematician, non-statistician industrial chemist. It was an extremely entertaining and informative exposition of randomness (as opposed to uniformity) with jars of jelly beans and Bingo cards illustrating ideas. This led to a rather unusual collaboration with a group that included engineers, computer scientists and a former artist.