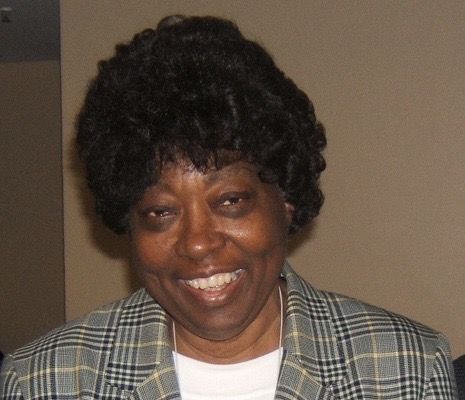 On August 19, 2021, Dr. Genevieve M. Knight, a nationally known math educator whose nearly four-decade career teaching and mentoring students was spent at historically Black colleges and universities, passed on in Silver Spring, MD at the age of 82. The legacy and impact of Dr. Knight cannot be fully expressed in these next few paragraphs. We hope that by utilizing a combination of previously published profiles of Dr. Knight, we are able to shine a light on her contributions to the mathematics community.  We have included links to these profiles at the end.

Genevieve Madeline Knight spent the first twenty-four years of her life in Georgia and Florida. Her family valued education and provided the best available opportunity for her to learn and develop all of her talents. There were three girls spaced two years apart — Gwendolyn Elizabeth, Loretta Jean, and Genevieve Madeline. Each of them graduated as an honor student from Risley High School in Brunswick, Georgia, and Fort Valley State College (now known as Fort Valley State University) where all were members of Alpha Kappa Mu Honor Society, Beta Kappa Chi Scientific Honor Society, and Delta Sigma Theta Sorority. Her oldest sister, Gwendolyn Humphrey, taught mathematics and computer science at Florida A&M University until her death. It was Gwen who taught her how to ride a bicycle, dance, play cards and be political. The middle sister, Loretta Wright, is a twice retired science educator — first as a high school science teacher and second as a Project Officer for the Annenberg/CPB Foundation in Washington, DC. Their mother was a stay-at-home seamstress and their father was a Civil Service worker at Warner Robins Air Force Base and Glynco Naval Base in Brunswick.

Going to school was always a joy for Dr. Knight! She loved to read, think, write, and dream. She took every subject available and carried five academic courses each semester. In fact, a mathematics focus was not Dr. Knight’s first choice. In Fall 1957, she was enrolled in the Department of Home Economics in the hopes of becoming a commercial dietician. Yet, because of initiation of the “Space Race” due to the launch of Sputnik, Dr. Knight’s academic record in the sciences led to her recruitment to help make America the first country to reach the moon. Among the offering of majors, Dr. Knight chose mathematics because it had the fewest labs of any of the sciences. Her calculus teacher, along with her sister Gwen, prepared her to earn a fellowship to attend Atlanta University.

After earning a master’s degree in 1963 at Atlanta University under the supervision of Abdulalim A. Shabazz, Dr. Knight took a teaching position at the Hampton Institute, now University, a Historically Black College and University (HBCU) and became a National Science Foundation (NSF) Fellow. The NSF Fellow position allowed her to travel and meet with other college mathematics teachers.  Traveling across America provided her with new and exciting experiences in mathematical settings. Then, at an NSF lecture, Dr. Knight talked with a woman who had earned a Ph.D. in mathematics and was inspired to pursue one as well. In 1966, she returned to graduate school, and completed a doctorate in mathematics education in 1970 at the University of Maryland, College Park under the supervision of Henry H. Walbesser.

The friendships that Dr. Knight formed during the 1960s were strong and long lasting. Many of them would use local, regional, and national conferences as meeting places while also staying in touch over email. She made the conscious decision to make her base academic employment always at an HBCU. Dr. Knight taught for 17 years at Hampton Institute (now University) and in 1985 she moved to Coppin State College as a full professor. She retired in 2006.

Over the years , Dr. Knight continued to be an advocate for equity for women and minorities in the mathematics and mathematics education communities. Her voice, reflective thoughts, and time are shared with many professional mathematics associations and organizations. Many awards attest to her status as a master teacher and mentor. She has won distinguished teaching awards from both Hampton University (1976) and Coppin State University (1990). In 1980, Dr. Knight was named Virginia College Mathematics Teacher of the Year and in 1993 Maryland College Mathematics Teacher of The Year. Also in 1993, she received the Distinguished Teaching Award for College/University Faculty from the MD/DC/VA Section of the Mathematical Association of America. In 1996 she was named Wilson H. Elkins Distinguished Professor for the University System of Maryland. The National Council of Teachers of Mathematics gave her their 1999 lifetime achievement award for her service to mathematics education, her outspoken support of equity “regardless of ethnicity, gender, or socioeconomic background”, and her distinguished teaching. She was the 2013 Cox–Talbot Lecturer of the National Association of Mathematicians and in 2018 the Association for Women in Mathematics named Dr. Knight as one of their inaugural Fellows.

As a mentor, she was honored in 1987 with the Outstanding Faculty Award for Mathematics and Mentoring of Minority Youth from the White House Initiative on Historically Black Colleges and Universities. Her life was devoted to teaching and making society better for all people. Historically and systemically excluded racial and gendered groups now enjoy many educational and professional opportunities because she was there and spoke out. It has been noted that Dr. Knight felt that students should take all the courses they can. Their selections should include languages, management, and technology. Students  should attend professional meetings, speak with the professors, and make contact for graduate and post-graduate opportunities. They should complete the sentence “I can be anything I want to be …” with the phrase “if I prepare and work hard.” Students should grow and extend their horizons but remember to give back — “Service is the rent we pay for living.”