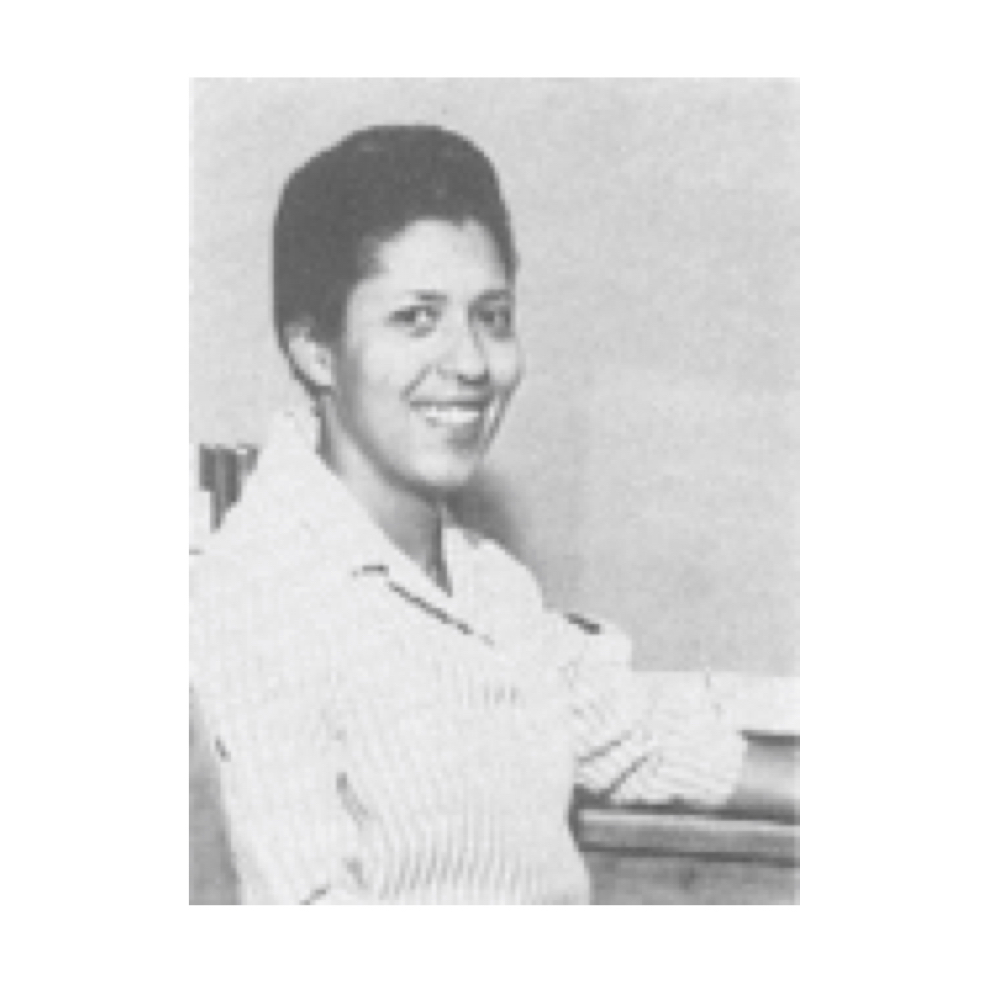 Gloria Conyers Hewitt was born in Sumter, South Carolina on October 26, 1935.  On her upbringing, she said “My parents believed that education was the only avenue through which an African American man or woman could better them selves. Therefore, they encouraged all of their children to attend college. While we were not wealthy, by the standards around us, I always thought we were middle class. I was proud of the fact that my parents could vote in the presidential election. Not everyone could in those days.”

After graduating from Mather Academy in Camden, South Carolina, Hewitt enrolled at Fisk University in Nashville, TN.  Hewitt had performed poorly in the entrance examinations and was placed in a low level mathematics class.   It was Lee Lorch, the head of the Mathematics Department, who rescued her when he asked her if she was going to take the calculus class in her second year. Hewitt had never heard of calculus but she followed the advice of her head of department and enrolled for calculus in her second year.  When asked at what point she realized her interest in pursuing a career in mathematics, she often refers to her college years at Fisk University: “I remember when I took calculus in college the only book I took home over the Christmas holidays was my calculus book. I wanted to do those word problems. I worked on one problem for the whole two weeks before I solved it. It wasn’t that hard, but I just didn’t understand the process involved. When the light dawned, I was so happy! I don’t believe I ever felt so rewarded. It was a major breakthrough. I was hooked. After that, to the amazement of my fellow students, I recall sitting on campus doing calculus problems for recreation.”

Her time at Fisk was not without its challenges.  On 28 May 1954, at the age of 18, Gloria Conyers married Ronald Hewitt.  Soon thereafter, she went on to have a son.  Her parents were crushed. Their dream of educating all their children did not seem to be coming true for their youngest child and only daughter. Her father agreed to care for her child; and with the help of her parents, she returned to school.  Hewitt was able to return to her undergraduate studies at Fisk University and she graduated with a B.A. in mathematics in 1956.

Her mentor, Lee  Lorch, had so much confidence in Hewitt’s mathematical ability that he recommended her to two schools without her knowledge.  She received offers to persue graduate studies at both the University of Washington and the University of Oregon.   She chose to accept a graduate teaching assistantship at University of Washington.  She went on to earn her M.S. (1960) and became the seventh African American woman to her Ph.D. (1962) in Mathematics.  Her thesis was on “Direct and Inverse Limits of Abstract Algebras” and was done under the direction of Richard Pierce.  In 1961, Dr. Gloria Conyers Hewitt joined the faculty of the University of Montana, as an Assistant Professor (1961).  She rose through the ranks as an Associate Professor (1966), and as Full Professor (1973). From 1995 to 1999 she was Chair of the Mathematics department. Hewitt retired from the University of Montana in May 1999 and was given the title of Professor Emeritus.