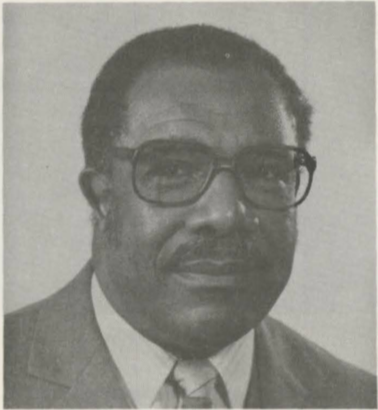 James Solomon was born in 1930 in McDonough, Georgia.  Wanting greater educational opportunities for their son, James’ parents moved the family to Atlanta.  Solomon graduated high school at 16 and attended Morris Brown College for a year. He left college to serve in the Air Force where he was in one of the first black squadrons to be integrated. He served for the duration of the Korean War and was stationed in Okinawa, Japan. After leaving the Air Force, he found himself in Sumter, South Carolina. There he met his wife and completed his college degree at Morris College.  Always in the pursuit of further education, he went on to earn his masters degree in Mathematics from Atlanta University in 1960.  His master’s thesis was titled “Lectures in the theory of functions of a complex variable, Part III.”
Solomon worked as faculty at Morris College from 1960 to 1973. He was hired as an instructor but was rapidly promoted. By the 1970s, he was the college’s Vice-President of Institutional Planning and Research. In addition to his contributions at the collegiate level, Solomon developed and directed an NSF funded program for elementary school teachers which ran for several years.
In 1963, while a professor at Morris College, Solomon was one of three African Americans to desegregate the University of South Carolina. The university had been a white-only institution since 1877, but in 1963, the federal courts ordered it to admit all qualified African Americans. Solomon enrolled in the University of South Carolina’s graduate program in mathematics was a way to get involved in the civil rights movement and also gain useful professional development. 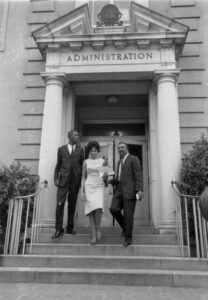 Always in pursuit of new challenges, Solomon became involved in state politics while working at Morris College. He was elected to the local school board in 1970. This was a major achievement. Prior to this, no African American had been elected to county public office since Reconstruction.
Solomon left Morris College to work in state government in 1973. He first worked on staff at the South Carolina Higher Education Commission, a state agency responsible for overseeing the state’s public universities and colleges. He left the Commission in 1983 to become Director of the Department of Social Services. He remained department Director until his retirement.

The MGB directors would like to thank Jesse Kass and Carol McCain for their help in writing this highlight.  You may read more about James Solomon, including transcripts of his speeches at https://people.math.sc.edu/kassj/SolomonArchive.html.