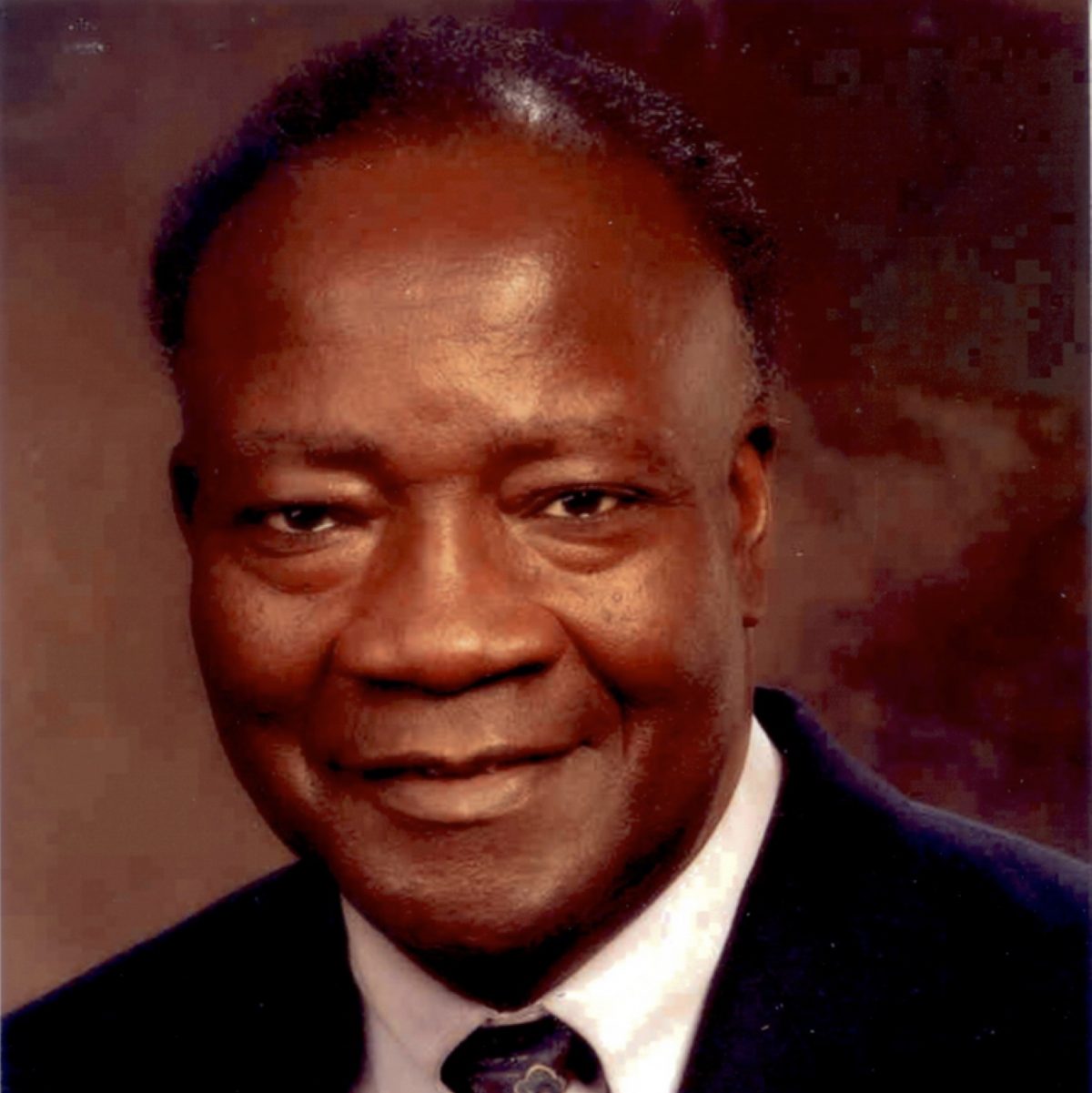 PLEASE DISCUSS THE FIRST QUARTER OF YOUR JOURNEY IN LIFE

On my birthday in 2017 (November 19). I entered the fourth quarter of my life by the grace, blessings, and gifts of God. My first quarter (1941-1966) was the most transformational quarter in life and my first ten years were the most challenging. I was born in a small town, Sandersville, GA, sixty miles east of Macon. I was the youngest of four children (two girls and two boys) that were being raised by my grandmother Ruth and my mother Catherine. There was no adult male in the home. During the first ten years, we lived in abject poverty: no electricity, no inside plumbing. very little space, very little heat (one fireplace for a three-room wooden house) and my grandmother and mothers were domestics who did not finish elementary school. We all shared two beds. Part of the year I attended school without shoes and I began work outside the home at seven. My grandmother died when I was nine and when I was 10, my oldest sister died. My mother contacted a relative in Macon who allowed all of us to come live with them in one room of their house until our status changed. More than six months later, we were approved for a government project house (brick, warm, electricity, inside plumbing, a yard, etc.). My family lived in the PROJECTS until after my brother and I graduated from high school. My grandmother and mother preached to us to stay in school so that we would not have to experience the life they experienced. Unfortunately, neither of my older sisters finished high school and my brother and I worked outside of the home but we stayed in school. We saw a good education as our only chance for a good life for us and for us to be able to help our family and others. My bother graduated an honor student and went to the military so that he could send money back immediately to help the family. I graduated a year later and by the grace of God and my H. S. principal, I was selected to attend Morehouse College on a Tuition Scholarship. As I did in high school, I worked in college from twenty to forty hours a week all four years to help pay room and board, fees, for books, etc. as well as worked each summer to earn needed funds. I graduated from Morehouse with honors with a bachelor degree in mathematics (1964). I was made offers to go to graduate school immediately after college but the offers involved studying and work. I chose to teach high school math. One year later I was awarded a full NSF fellowship to pursue a Master degree in Mathematics at Atlanta University (now Clark Atlanta University). As I was finishing my Master degree, I was awarded a Merrill Study Travel Fellowship to do graduate study in mathematics for a year at L’Universite’ de Strasbourg in France and to travel to other countries and universities in Europe. I studied topology under two renowned professors at Strasbourg: Les Professeurs Bernard and Zieman. During my first quarter in life, I had gone from Sandersville to Strasbourg; from a struggling pauper who could not speak English well, to being recognized a scholar on the world stage studying mathematics in French with other scholars from around the world. I returned to the USA determined to earn a Ph.D. in mathematics (Purdue Univ., 1974) and continue on a global scholastic journey in the mathematical sciences. I am now in the 4th quarter of my life; however, because the 1st quarter was so transformational, my 2nd and 3rd quarters were golden.

HOW OR WHY WOULD YOU SUMMARIZE YOUR FIRST QUARTER IN LIFE AS TRANSFORMATIONAL?

In addition to the grace, blessings, and gifts of God that permitted me to negotiate the survival of living, “I encountered concerned neighbors, teachers, mentors, and people of good will in my youth, that the ‘Beautiful Worlds’ they ‘Drew’ were far beyond the world I knew, and I began to dream. As I dreamed and pursued my dreams, it became clear to me that that there are as many roads to success as there are men and women willing to travel them.” Additionally, it taught me “that dreams, persistence, determination and hard work are the cornerstones for achieving success.” As a freshman in college, I discovered that I had an analytical mind. I took a course in mathematics and one in chemistry. I had two great professors that I inspired me. My chemistry professor said, “if you want to be a great chemist, you must first be an excellent mathematician.” I began taking more math courses. The more math courses I took, the greater my affinity grew for math. MATH became my journey. TAKE MATH, YOU MIGHT LIKE IT!

LIST FIVE “GOLDEN THINGS” THAT OCCURRED IN THE SECOND QUARTER OF YOUR LIFE (1967-91)!

A. In 1968, IBM selected me as a math-science-faculty at Stillman College to attend its Educational Center; in one week I learned to program in FORTRAN; later I learned more and more computer science (CS) from self-study, working at National Labs (NCAR, LLNL, ARGONNE, OAKRIDGE, NASA Langley and working on major CS Projects). I later established a graduate (CAU) and an undergraduate (FVSU) CS Program and became a Distinguished Callaway Professor in CS at Fort Valley State University (FVSU).

B. In 1969, I became a Co-Founder of NAM with Scott Williams and others; I married my H. S. sweetheart; I attended the U. of GA (summer) and began my Ph.D. studies at Purdue (fall).

C. In 1974, I earned a Ph.D. from Purdue (Algebra); I had several offers, including being nominated to attend the Advanced Study Institute; I accepted a faculty position at Savannah St. Coll (Univ.); also, I worked (1972) 1 year as Dir. of Purdue’s Black Culture Ctr which still exists.

E. In 1984, I accepted the position as V. Chancellor for Academic Affairs at Elizabeth City State University (ECSU) and in 1988 the position (ECSU) as Senior Research Prof. of Math and CS.

A. In the 1900’s at ECSU, I developed an internationally recognized Global Leadership Academy and an internationally recognized Computational Science –Scientific Visualization Center (CSSV Center); I also developed a summer Computational Science Institute for Jr. – Sr. mathematical sciences majors that attended HBCUs (in conjunction with NAM); this Institute continued for years. Several of these students later earned doctorates in the mathematical sciences.

B. In 2000, I retired as the Executive Secretary of NAM, after 25 years of service; I  published a volume entitled: The History of NAM, the first 30 years; a Keynote Speech I gave at CAARMS entitled: “Numbers That Counts-Persons Who impact, Mathematically! “was published in Contemporary Mathematics, Volume 284 (AMS), 2001, pp. 105-135; I gave the Cox-Talbot Address (my Farewell Address to NAM), entitled: “The End of One Era, The Beginning of the Next”; this was the same year that NAM awarded me its Lifetime Achievement Award.

C. For approximately a decade in the early 2000’s I directed a USAID Program at ECSU called: “TEXTBOOKS AND LEARNING MATERIALS PROGRAM” (TLMP) under which I published (as author or chief editor) twelve textbooks for the West African country of Senegal, half of the books were written in French and several million copies were printed and distributed in all the school districts in Senegal; I personally met with President and Mrs. George W. Bush (USA) and President and Mrs. Wade (Senegal) while implementing the TLMP.

D. During the second and third quarters, I was author, co-author or editor of more than 20 books, published more than 30 papers, and was awarded more than $15 million in grant money in support of scholarly and scientific projects; I supervised more than 25 master theses; was an advisers on five doctoral committees; and I mentored, taught, inspired (and financially supported) some hundreds of undergraduate students in the mathematical sciences.

E. My Personal, Global and Professional Life Journey has permitted me to live, visit, travel, and or make scholarly presentations in all 50 states in the USA, on six different continents (all except Antarctica) and seventy different countries; contrast to the fact that when I entered college I had never been outside the State of GA where I was born.

Life has been very kind to me; I thank God for this and I am still trying to “Pay Forward:” God’s grace, blessings, and talents are God’s gifts to me; what positive things I do with them are my gifts back to God and humanity. I decided long ago that acquiring and sharing knowledge are two of the greatest gifts that I can use to “Pay Forward.” Moreover, “Learning How to Learn” (especially along roads least traveled), while achieving and contributing, has been a very rewarding journey for me to take in life.

MY ADVICE TO ALL IS: