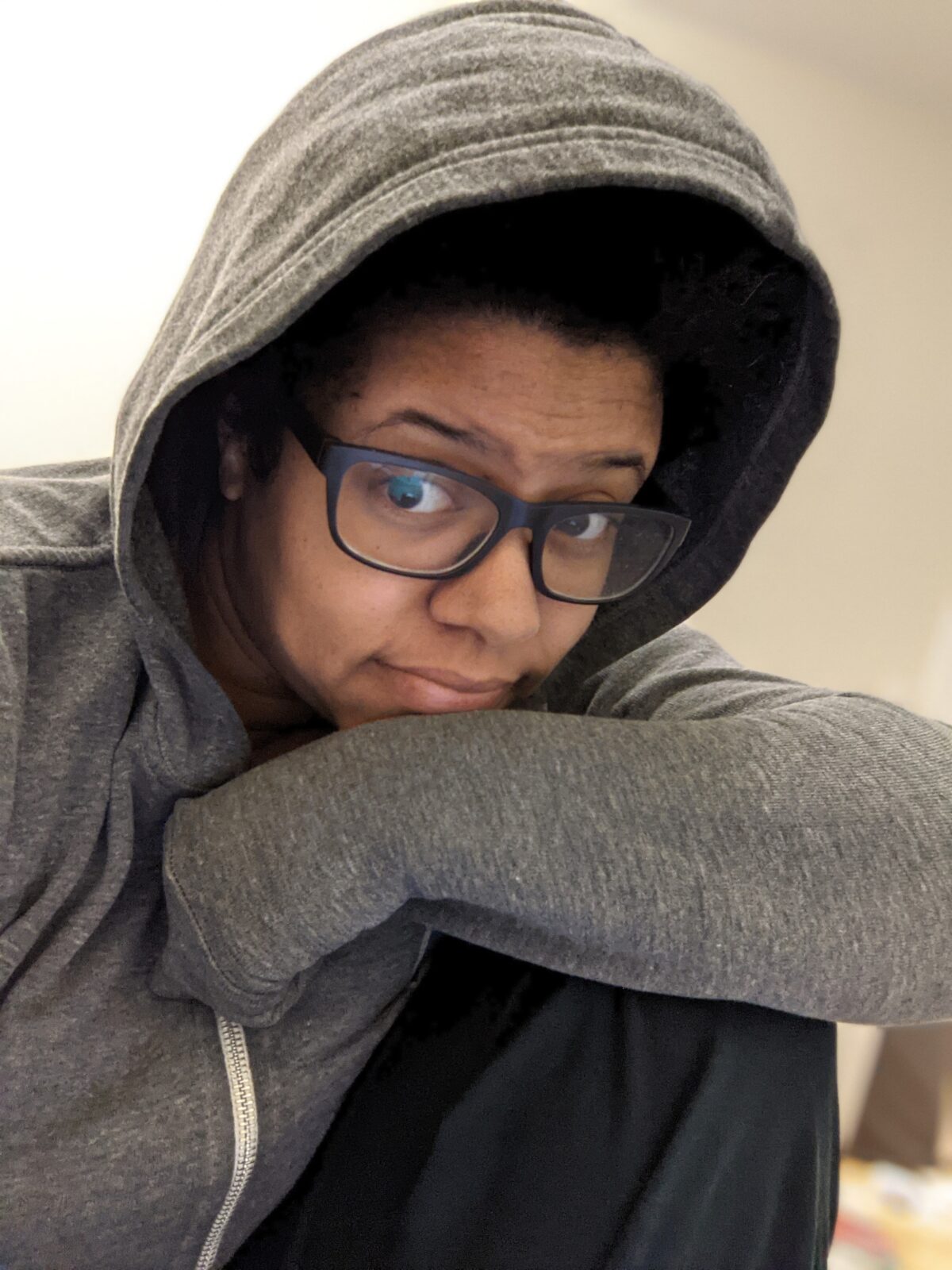 There was a time when people would always ask me who I was and what my journey was to where I was in life. I had a whole talk on it “How to become a Liberated Mathematician in 13 Painful Years.” It’s 2021, though, people are still dying in a global pandemic, and I am not feeling particularly liberated.

My name is Piper H, I’m in between last names, if you will. Thinking of adopting Harriet as my last name — you heard it here first! — but I’m far from the energy to make such a change legal. I’m in my second math postdoc, in Toronto, at least that’s what Instacart tells me. I could be anywhere; my teaching is remote, and I haven’t left my house in weeks? months? I’m not sure anymore.

When I started my first postdoc in Hawai‘i a little over four years ago it seemed to be the culmination of quite the interesting journey. I grew up in predominantly white neighborhoods and went to predominantly white schools and though I had an obvious talent and interest in mathematics, I was offered basically no encouragement or guidance on what future to aim for. At NYU I would end up declaring my major in Romance Languages, studying abroad in Florence and Paris, but still being no closer to a career goal.

At this point in my life I was still nobody. By which, I do not mean unfamous. I mean that I had unconsciously made myself small and peaceful and ashamed and while I was certain I had some secret awesomeness somewhere (residual confidence from my mom leaving the room shaking her head when my dad and I would start discussing time travel), it was still just a quiet unspoken hope of mine that I would be discovered. I kept waiting to find out everyone had been wrong about me and I was actually the best.

I probably don’t need to be this open, but it’s a habit.

At any rate, having no sense of self and basically stumbling into Princeton University for grad school (I am awesome! No wait everyone is awesome. No wait, I’m nothing.) with the adherence to whatever norms were set forth and a willingness bordering on eagerness to internalize all blame… well, it wasn’t good.

That I ended up a mathematician doesn’t exactly sound like a plot twist, but it really and truly was.

When I left Princeton, I was excited to have escaped hell, but I couldn’t see how much of hell I was bringing with me to Boston where my then fiancé was starting his first postdoc. I focused on what I thought was my real life. I got married and had a baby. We moved to my then husband’s next postdoc and after a year of battling isolation as a stay at home parent I realized I wanted to finish my dissertation.

My “journey” has always been about how I came to write my dissertation as I did. Check it out! But I am done re-hashing that because wow was that not the end of my story.

Suffice it to say the writing of my dissertation marked a very new stance for me. Going along with what was expected, to exist less, to accommodate more, did not give me the PhD I was supposed to get at the end of my 6 years on campus. Nor did graduate school prepare me mathematically to cross the finish line. It was a newfound spite. It was a final understanding that systemic racism was real, that being a Black woman had indeed been a factor in everything I had experienced, that I was deserving of so much more than I had agreed to accept. It was a last violent straw (murder-trial-acquittal) that showed me how little I was worth to those who had told me to just be more understanding.

Spring of 2017 that innocence was lost.

I do know that while my belief in justice hasn’t changed, my demand for community and compassion has been amplified. The pandemic has shown a lot of reasonable people to be completely lacking in ways I would not have imagined. It’s hard to know, sharing jokes with someone in a common space, that they wouldn’t think to personally check in on graduate students who, on top of potential food insecurity, are now suffering from stay at home orders.

And goodness do I not recommend immigrating during a pandemic as a single parent of two children.

Oh, right, math. Ha. I actually struggle to talk about math. For a long time it was the abused mindset grad school gave me. But even after I gained confidence talking about my own work, it was still rarely the most important thing going on. I love math, have always loved math, because I get deep satisfaction from perfect patterns. But right now I just don’t care. I mean, I do, I’m currently trying to re-image Galois groups, but people are dying. I just find it so offensive the way we compartmentalize. And sure, as a human, I do math when I can. There are times when I’m not helping anyone but myself. But that’s not something I need to advertise. If I have an audience I want to tell them something personal or something important or something liberating.

I want people to know that this is a way to be a mathematician. Political. Parenting. Struggling. Looking for acceptance and community. Fiercely and inexplicably committed to being better than the world around me.