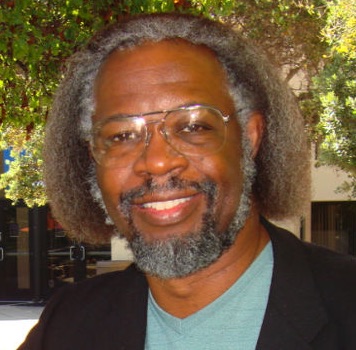 Dr. Sylvester James Gates, Jr was born December 15, 1950 in Tampa, Florida. His father worked for the U.S. Army, causing his family to move many times. By the time he reached the 6th grade, Dr. Gates lived in six cities.

When about eight years old, his father brought home a book about space travel. In this book Dr. Gates learned that the stars in the sky were not just lights but places to go. Suddenly, his universe got much larger and he knew that science and technology was the way to get to such places. His family also had a set of Encyclopedia Britannica that he one day started thumbing through. He came across Schrodinger’s Equation and was amazed. He knew it was mathematics because of the equal sign; but, he also saw a bunch of symbols, Greek letters and partial derivatives, which he didn’t fully understand. It had some sort of strange attraction to him. It was like looking at notes on bars for music, but not knowing how to read the music. So he felt some affinity and thought “I’d like one day to know what that thing means”.

Sylvester James Gates Jr. is a Distinguished University Professor, University System of Maryland Regents Professor and John S. Toll Professor of Physics at the University of Maryland. Also an affiliate mathematics professor, Gates is known for his pioneering work in supersymmetry and supergravity, areas closely related to string theory. Gates earned two Bachelor of Science degrees in physics and mathematics and his Ph.D. in physics from the Massachusetts Institute of Technology. In 1984, Gates co-authored “Superspace, or One thousand and one lessons in supersymmetry”, the first comprehensive book on supersymmetry, and joined the faculty at Maryland as an associate professor. Four years later, he became the first African American to hold an endowed chair in physics at a major U.S. research university.

The author of more than 200 research papers and a member of the National Academy of Sciences, Gates has been featured in dozens of video documentaries, including five in 2015. For his contribution to science and research, he received the National Medal of Science from President Obama in 2013. Gates serves on the U.S. President’s Council of Advisors on Science and Technology, the National Commission on Forensic Science, and the Maryland State Board of Education. He is a strong advocate for science, technology, engineering and mathematics education.