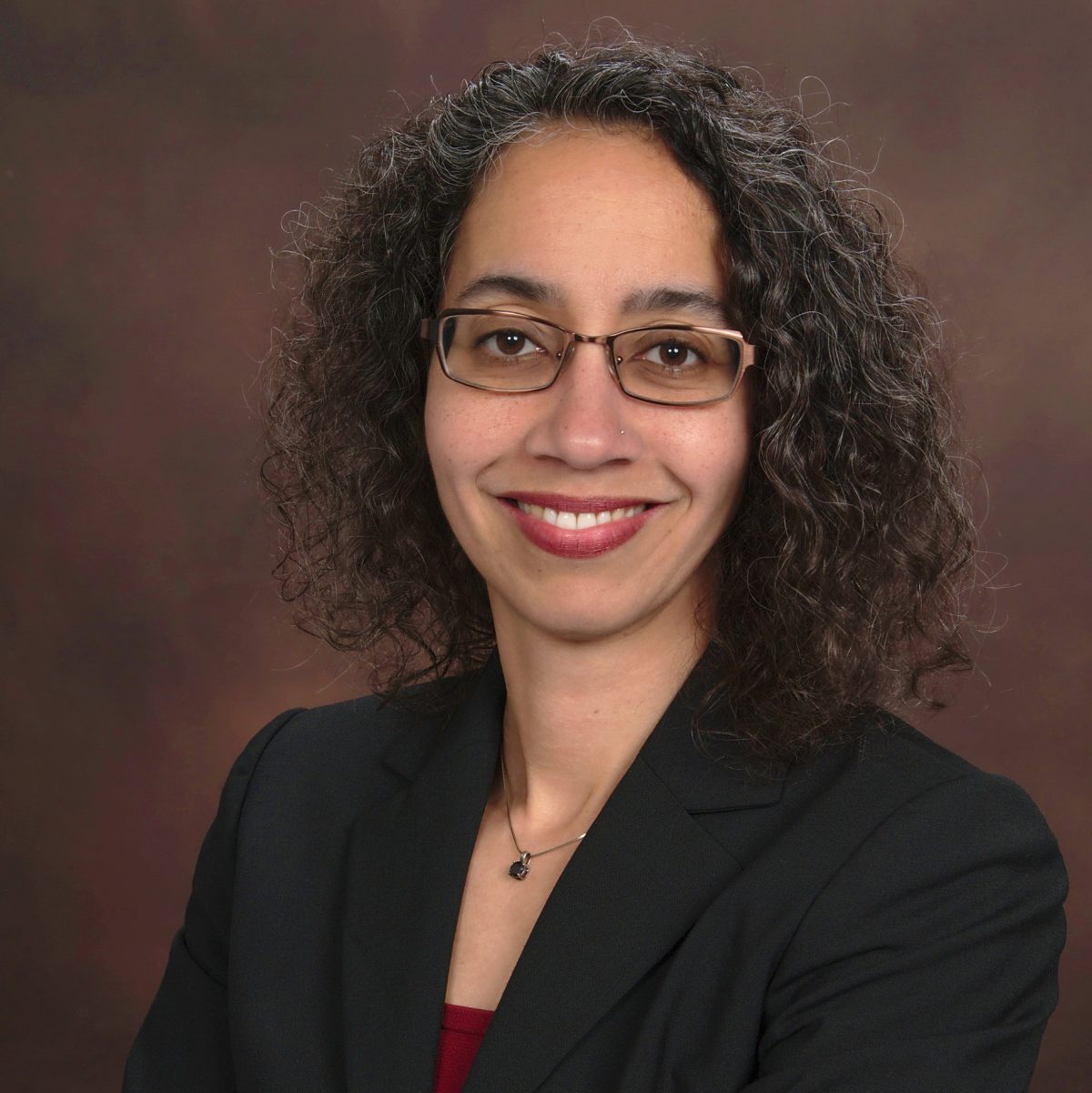 Dr. Washington grew up in Evansville, Indiana and appreciates the familial atmosphere of this community.  While growing up, she enjoyed learning about all subjects.  In high school, her favorite classes were AP Chemistry and an English course on classical plays.  She graduated from Bosse High School a semester early and studied abroad in Costa Rica for six months on an exchange program with American Field Service.  She then entered Spelman College as an engineering major simply because engineering is a popular field in Indiana.  However, this major appeared to require too much work.  Thus, she chose to major in math because of its connection to engineering, and it appeared to be the easier major because there was no laboratory component.  Little did she know, she would fall in love with the subject and lead a long, distinguished career in mathematics.

As an undergraduate, she studied abroad at the Universidad Autónoma de Guadalajara in Mexico where she took a proof-based linear algebra course and earned a 0 on her first assignment. Determined to succeed, she rallied her new classmates to study in the library. By the end of the semester, she earned 100’s on her assignments. This experience taught her that obstacles can be overcome by cultivating and building a community of learners. Upon returning from Mexico to Spelman, she researched the Black-Scholes option pricing model under the direction of Dr. Jeffrey Ehme.  After a summer internship at CIGNA in Hartford, Connecticut, she became interested in pursuing a career in actuarial science.  Dr. Ehme encouraged her to apply to graduate school in addition to seeking positions in industry.  From the support and assistance from Dr. Ehme and other members in the Spelman math department, she gained acceptance at the University of Connecticut and funding from the Packard Foundation.  Thus, she declined an actuarial science position from CIGNA and began her graduate studies.  Since she had secured no employment the summer before entering graduate school, she decided to backpack through southern Mexico, Belize, and Guatemala for two months – sola.

Dr. Washington faced many obstacles along the way but she met them with vigor, resilience, and determination. To her surprise, she entered a graduate program with students who already had earned advanced degrees from other universities.  She met this challenge by actively seeking help and guidance from students and professors.  Diligently, she worked night and day to learn the background material necessary for success.  While she was in graduate school, she gave birth to her first child.  She gained assistance with this transitional time in her life by securing a doula, a professional labor support person, and by participating in a network of mothers through La Leche League.  She now has three vivacious STEM teenagers who are in pursuit of computer science, engineering, and biology.

While in graduate school, she enjoyed the vibrant atmosphere of working through mathematical problems and in particular, the many applications of math.  With her advisor, Dr. Yung-Sze Choi, she researched a theoretical protein-protein interaction model.  They also became involved with the National Resource for Cell Analysis and Modeling at University of Connecticut Health Center.  Dr. Choi pushed Dr. Washington to further her work in mathematics by securing a postdoctoral position.  Thus, after graduating, she headed down to Duke University where she researched a hormone secretion model with Dr. Michael Reed and Dr. Joseph Blum, in the mathematics and cell biology departments, respectively.

Recently, she has researched a fellow Evansville native, Dr. Elbert F. Cox, who is the first Black in the world to earn a Ph.D. in mathematics.  She has shared his story on radio and television stations, as well as in the Notices of the American Mathematical Society, easily the most visible journal to all mathematicians.  With her applied background, she led various undergraduate and graduate research projects from modeling the Tacoma Narrows Bridge to modeling calcium homeostasis to the construction of nonstandard finite difference schemes.  With her passion for education, she led a youth conference, Stepping Up, that encouraged youth to pursue viable careers through higher education.  She also led a one-week research-based summer camp for middle schoolers to explore current trends in mathematics and the sciences.

Dr. Washington enjoys her work at Howard University, in the same mathematics department Elbert Cox once led. As a program officer at the National Science Foundation, she is responsible for shaping the nation’s science and engineering enterprise and ensuring that underrepresented groups and diverse institutions across all geographic regions are included in the scientific enterprise of the nation.  In her spare time, she serves on a number of boards and shares motivational speeches on diversity and mathematics to a wide range of audiences. She balances stress by maintaining a rigorous exercise regimen with fitness guru Cathe Friedrich, that includes kickboxing, step aerobics, strength training, and yoga.  During the warm seasons, you may even find her running down the Rock Creek Park trails in Washington, DC.