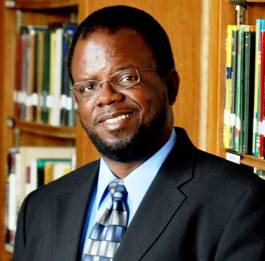 William A. Massey was born in Jefferson City, Missouri, as the youngest of two sons of Richard and Juliette Massey, both educators. He is a graduate of the public schools of St. Louis, Missouri and attended high school in University City, a suburb of St. Louis. After receiving a Harvard Book Award and a National Achievement Scholarship at University City High School, he entered Princeton University in 1973. There, he encountered his first real introduction to research mathematics. He wrote his undergraduate senior thesis, titled “Galois Connections on Local Fields,” in algebraic number theory, under the direction of the late Bernard Dwork, and graduated Magna Cum Laude from Princeton in 1977 with an A.B. in Mathematics. After graduation, he was awarded a Bell Labs Cooperative Research Fellowship for minorities to attend graduate school in mathematics at Stanford University. In 1981, he received his Ph.D. degree from Stanford and his thesis, titled “Non-Stationary Queues,” was under advisor Joseph Keller.

In 1981, Dr. Massey became a member of the technical staff in the Mathematical Sciences Research Center at Bell Laboratories, a division of Lucent Technologies. His research interests included Queueing Theory, Applied Probability, Stochastic Processes, Special Functions, and the Performance Modelling of Telecommunication Systems. He has published over 50 papers in areas such as nonstationary queues, stochastic ordering, queueing networks, database theory, and wireless communications. One of his most cited papers develops an algorithm to find a dynamic, optimal server staffing schedule for telephone call centers with time-varying demand, which led to a patent. Another highly cited paper creates a temporally and spatially dynamic model for the offered load traffic of wireless communication networks.

In 2001, Dr. Massey accepted the position of Edwin S. Wilsey Professor of Operations Research and Financial Engineering at Princeton University, making him the first tenured African American mathematician at an Ivy League University. He is currently a Full Professor.

In 1995, Dr. Massey founded the Council for African American Researchers in the Mathematical Sciences (CAARMS), an organization hosting its 24th meeting this summer hosted by Princeton University and The Institute for Advanced Science. The CAARMS meetings provide a forum where minority researchers in the mathematical sciences can meet each other and find out about their work across different mathematical fields. This forum also serves as a place to meet and mentor minority graduate students as well as encourage them to obtain doctoral degrees.

In 2006, Dr. Massey won the Blackwell-Tapia Award for his “outstanding record of achievement in mathematical research and his mentoring of minorities and women in the field of mathematics”. In 2013, he became a member of the inaugural class of  American Mathematical Society Fellows.